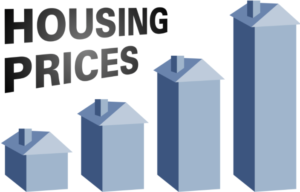 Let’s take a look at the year-to-date numbers for waterfront properties in and around the Lake Wylie area.

With the first three quarters of the year under our belt, the housing market, and particularly waterfront sales, are looking good for Lake Wylie and the surrounding region.

Even though the current number of waterfront homes on the market, 130 to be exact, represents 10.8 months of inventory which would be considered a buyer’s market, the year-over-year numbers reveal positive trends for sellers. Plus, based on what is on the market now in Lake Wylie and the surrounding region, the average price per square foot is $221 and the average list price is $875,000, and both of these numbers are notably higher than last year’s numbers at this time.

So, while, inventory points to favoring the buyers, other stats are looking favorable for sellers. It’s a win-win!

August’s numbers are in for the local market update from the Charlotte Regional Realtor Association, and inventory is still down while prices climb. There are more new listings, but they can’t keep up with demand.

Stats for the entire CarolinaMLS area for August show signs of a very strong and active market. Year over year numbers indicate an increase in new listings, pending sales, closed sales, median sales price and average sales price. Plus, the total time that homes are spending on the market until sale has dropped. Furthermore, the months supply of inventory has dropped as well as the inventory of homes for sale.

Fort Mill is seeing similar market trends, however new listings are up a dramatic 41.1%, and pending sales are up a whopping 74.5% from 2015. Furthermore, the months supply of inventory in Fort Mill is down 19.4%, which is not nearly as significant of a drop as what we are seeing in the CarolinaMLS area as a whole, where the percentage change was approximately 30%.

In general, the decreasing inventory has created a seller’s market where the average sales price continues to rise and the market is more and more active. Buyers are going to be forced to act more quickly as inventory continues to move and demand continues to grow.

We will keep an eye on the numbers and the trends with the expectation and hope that the region’s real estate market and housing landscape continue to thrive.