More than half of the year has already passed us by, and the real estate numbers for Lake Wylie look good. In fact, only three areas, Mt. Holly, Moresville, and Harrisburg, had a larger increase in closings. This is great news for current homeowners in the area as they can expect to see a stable market for equity in their homes as well as for resale values. It can be challenging for buyers as it means that the market is strong so finding a home can be tricky.

Lets dig into the numbers a bit, all numbers we are looking at are Year-to-date from January to June and we are comparing 2018 to 2019. All of these figures come from the Multiple Listings Services, Inc which is owned by the Carolina Regional Realtor Association. In 2018 there were 601 home sales that closed. During the same period of 2019, there have been 656. This increase of 55 closings represents a rise of 9.2%.

Price is the other big factor when comparing data from year to year. One waterfront sale can make a big difference in numbers as the sample size is smaller and can be skewed. In 2018, the average price for a home sold was $395,023 and in 2019 it is $396,509. This is a modest increase of just $1,486 which is just a 0.4% increase. Homes are selling a little bit quicker as well, in just 121 days from list to close. This is a whole week quicker than 2018 at this time.

It appears that the Lake Wylie area can expect the real estate market to remain strong at least for the near future. If you are interested in buying or selling a home near or on Lake Wylie, give us a call at 803-831-8588. You can view current listings and create your own custom searches on our website here.

The year-over-year average sales prices of Lake Wylie homes was up for February, as the housing inventory dips 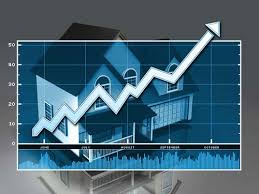 The Lake Wylie area has just 4.5 months of market inventory. That is a drop of more than 10% from February 2015 but actually up slightly from 4.4 months inventory in January 2016. Inventory of 6 months represents a balanced market that neither favors the buyer or seller. Less than 6 months inventory is considered a seller’s market.

The percent of original list price received dropped slightly from February 2015 to 94.4% from 95.2%. Typically, low inventory drives demand and higher closing prices. Theoretically, the percent of list price should come up if inventory continues downward. However, the market does tend to pick up in the Spring months, which may tip the scales toward more of a balanced market.

Days on the market, which is measured from date listed to under contract, for Lake Wylie homes was unchanged at 107 from February 2015.

February inventory dropped for the entire CMLS region, which includes 8 counties around the Charlotte metro area. There was just 2.8 months of inventory, a dip of nearly 35% from last year.