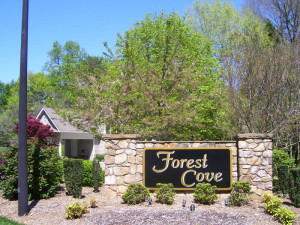 The waterfront neighborhood of Forest Cove is the best of  both worlds offering proximity to the northern end of Lake Wylie as well as an easy commute to the larger city amenities of Charlotte, which is a mere 20 minutes away.

While some Forest Cove homes are waterfront, all home owners have access to community boat slips. The neighborhood is 3 miles from the beautiful Daniel Stowe Botanical Gardens and 7 miles from quaint downtown Belmont.

Just 4 homes in Forest Cove have sold in the last 12 months. Those homes sold for an average of 97% of list price. Currently, there are 2 homes on the market in Forest Cove, one of which is a waterfront property built in the mid-1980s.