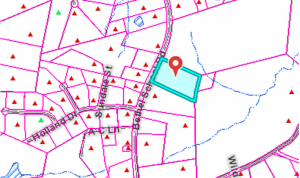 In mid-August, county planners met and discussed plans for a concrete plant on Bethel School Road. Although this plan has not yet been approved, city council members are worried about its effects on citizens and how much they would be able to interfere to help. This issue has sparked a conversation about what the county should allow without a council vote.

As it stands, if land uses are listed in zoning and the project meets density, building, and traffic requirements, there is little a city council can do to stop something from being built. In the case that a special exception is made, the proposals can go to vote on the council, which is what leaders are trying to do in the case of the concrete plant.

People have argued both for and against building this new plant. Many people do not want the plant so close to family homes and rural areas. But many others supported the economic development that new business would bring to the area. It has also been compared to a plant at another site that has been causing traffic problems. The county’s main concerns are what the plant would do to the property value of homes in the area as well as potential traffic problems it could cause on a small road headed to a school.

If the county decides to make concrete and quarry plans an exception, the council would be allowed to vote on each issue and look at each one individually in terms of how it would affect the community rather than companies just being able to build whenever zoning allows it.

Council members say that zoning in the area is outdated and are working hard to change that. It is unclear how quickly these changes can come but to read more about what council members are doing to progress and what potential affects of a concrete plant would be, be sure to check out the full article at www.heraldonline.com