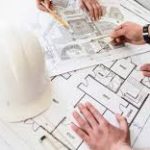 When a new development is proposed in Gastonia, it has a few milestones to meet before construction can begin. A new project in the area is now one step closer to becoming a reality. The project is being put together by an Arizona-based real estate company called Suncrest Real Estate and Land.

The plan calls for more than 700 single-family homes, and 160 townhomes on 325 acres of former farmland, what used to be Howe Dairy Farm. The parcel is located off Neal Hawkins Road on the Southeast side of Gastonia near Martha Rivers Park.

The Gastonia Planning Commission met to discuss the proposition and have approved the plan. The next step is the final decision that will go before the Gastonia City Council. It is not a sure thing as there is some opposition to the plan. Some nearby residents are concerned about the potential impact to traffic in the area.

When opposition of this kind occurs, it can delay or stop a project, or City Council can decide to approve a project despite the opposition. Residents are most concerned about an increase of traffic on Neal Hawkins Road, so there could be a future city project to address any congestion that results. With the potential of over 860 new homes, that would be a substantial uptick in the number of cars on the surrounding roads.

The next step for developers is to appear before City Council at the April meeting. Council members will decide on the annexation and rezoning of the land at that time.

For more information on this new project or any other neighborhood in the Lake Wylie area, call us at 803-831-8588. You can view current listings and create custom searches on our website here.