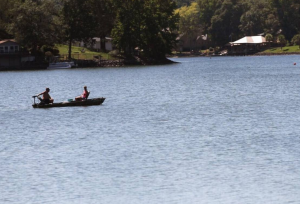 The Lake Wylie Marine Commission is now contemplating whether anglers should be able to get just one license to fish in Lake Wylie. Not only would this make things easier and less expensive for the fishers themselves, but it would make things easier for the patrol officers on the lake itself.

Currently, with the a state line bisecting the lake, fishers need a license for both sides of the lake but there has long been a discussion over whether it would be possible or practical to get fishers a reciprocal license that would work on both sides. Reasons throughout the years supporting a single license include convenience and cost and more simplicity for officers on the lake. Reasons against it involve money and how the two states would split proceeds based on where the angler was caught and where the license was purchased.

The last time the issue was brought up in 2014, S.C. Senator Hayes admitted that South Carolina could lose money. This would be because North Carolina has two counties on the lake as opposed to South Carolina’s one and Charlotte has a larger population.

There are multiple agreements regarding bi-state waters between states like North Carolina, Georgia, and South Carolina so there is a precedent for this kind of law. But getting legislation passed between two states is very challenging and that may be why the issue has been in discussion for years without major progress. S.C. Senator Climer has stated that he is unsure that there is enough political interest to get a solution but thinks the issue is definitely worth looking into and that the discussion will continue.

To continue reading possible solutions and the benefits this dual license could offer, be sure the check out the full article at www.heraldonline.com