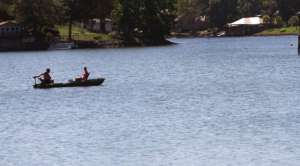 Duke Energy has a plan in place that will raise summer water levels in three lakes on the Catabwa River by six inches. In recent years, municipal water providers and the company have been meeting to discuss extending the time line of how long the river can continue to support business and residential growth in the area and raising water levels would be vital to this plan.

However, the company does not want to increase water levels without first fully examining all impacts it could have. The major concern here is whether raising levels could create a higher risk in high water situations. Lake James would have the highest risk flooding according to their research, but that risk is minuscule compared to potential benefits. The FERC also issued Duke a 40 year license in late 2015, but the company has appealed for an extension to a 50 year license with millions of dollars in improvements contingent on the extension.

The current plan is to raise summer target elevations by the end of 2025 or when the Watertree spillway is complete, whichever one is later. This is not just an issue of water quantity, it becomes an issue for boats to as it could affect whether boats remain afloat or sit on land in the dry summer weather. The goal is to have enough storage to withstand droughts but enough room to be able to withstand major rain events. According to the company, drought is a more pressing issue than potential flooding and thus the benefits of raising water levels outweigh the flood risk. In fact, it was a major drought in the late 1990s and early 2000s that began the conversation in Catabwa about possible solutions.

Current research shows that by 2048 the demand for water use will outweigh the amount the river is able to supply so this will be an important issue in the near future. To read more about potential benefits to Duke’s plans, be sure to check out the full article at heraldonline.com