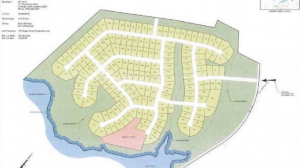 A new housing development called The Vista at Lake Wylie is planned for the intersection of S.C. 274 and Pole Branch Road. There are 169 homes planned. Because this development is planned for such a busy intersection, the developers are hosting a meeting for residents. Instead of the typical presentation, this meeting is an open-mic, question and answer meeting to hear resident’s concerns.

In addition to the 169 planned homes, the development is planned to include an amenity area on the lakefront property with two separate entrances and a new intersection. However, in order for this development to happen, a rezoning still needs to take place. This proposal has been submitted but has not gone through yet due to the currant lack of traffic impact studies.

Assuming the approval of the rezoning, construction should be starting April and wrapping up in 2020. Construction bids for the $35 million development should open in February. To read more about the project and its details, be sure to check out the full article at heraldonline.com